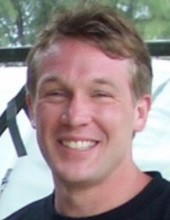 Dave R. Metcalf was a decorated combat veteran with three tours in the Pacific region and Iraq and one final tour in Afghanistan. His military accolades include the Navy and Marine Corps Commendation Medal (with Gold Star and Combat C designation), Navy and Marine Corps Achievement Medal (with Silver Star and Combat V), Combat Action Ribbon (with Gold Star), and Iraq Campaign and Afghanistan Campaign ribbons, as well as multiple unit and service awards.

While growing up in Marietta, Georgia, Dave was an avid sports enthusiast who excelled in swimming, wrestling, and martial arts—all of which made him an ideal candidate for military service. Dave joined the Navy in 2000, rising to the occasion and fulfilling his childhood dream of joining the elite ranks of the Navy SEALs in 2002. He received the esteemed designation of Honor Man in his BUD/S class, 236.

Due in part to his great passion for learning, Dave grew to be a natural educator. Following his many combat tours with Teams, he was chosen as a SEAL Combatives Instructor, a role in which he taught fellow SEALs hand-to-hand combat techniques. In 2014, Dave realized he wanted to do even more to help others, so he applied for and was accepted into the highly selective Interservice Physician Assistant (IPA) Program. During his time in the IPA Program, he tirelessly studied medically related areas of science for the eventual purpose of saving lives.

In 2016, Dave received a Bachelor of Science degree and a Masters in Physician Assistant Studies from the University of Nebraska Medical Center. Following graduation, he was commissioned as a naval officer and was assigned to serve as a Physician’s Assistant to the 8th Marine Regiment at Camp Lejeune in North Carolina.

On the way to achieving his impressive military and personal accomplishments, Dave met the love of his life, Jamie Manuel Metcalf in 2011. They married in April 2012 and welcomed their son Franklin “Frankie” Thomas Metcalf in October 2016. Although Dave excelled at anything in which he was involved, his greatest achievement and source of immense pride was being a loving father and devoted husband.

Dave is remembered for his selfless service to his family, his teammates, the Navy and the United States.

Even though Dave left us far too soon, he will not be forgotten. He remains forever in our hearts and his legacy lives on in his son and those family, friends and teammates who had the immense honor of knowing and loving him. He epitomized integrity and decency, and his principled life will be remembered. U.S. Navy Lieutenant Junior Grade David R. Metcalf overcame much, accomplished even more, sacrificed for all, and loved unconditionally. He truly lived.